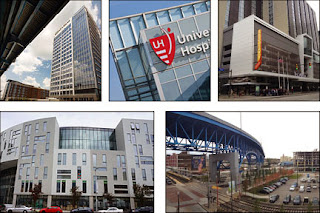 A program that has played a pivotal role in bringing $220 million in investments to the region - helping to make possible $1.5 billion of Cleveland’s construction renaissance downtown and elsewhere - was reauthorized by Congress as part of the Omnibus spending bill.

Cleveland International Fund (CiF) has used investments from foreigners to help finance job creating projects ranging from the revival of the Flats East Bank to the revitalization of the former Crowne Plaza Hotel into the new Westin Hotel located adjacent to the Cleveland Convention Center.

“This reauthorization from Congress will allow us to continue to help facilitate Cleveland’s ongoing, multi-billion dollar resurgence, as well as play a similar role in an expanded service area that includes Columbus, Cincinnati, Akron, Youngstown and Pittsburgh, PA.” said Stephen Strnisha, Chief Executive Officer of CiF. “Our program has pumped more than $220 million of foreign capital into numerous Cleveland projects that have created jobs and reinvigorated large sections of the city. These projects would not have gone forward or been as financially viable without EB-5 financing.”

Click here to read the Press Release
Posted by Cleveland International Fund at 10:19 AM

As the holiday season approaches, Congress is running up against its December 11th deadline to reauthorize the EB-5 Immigrant Investor program.

The EB-5 program has allowed CiF and hundreds of other Regional Centers across the country to use foreign direct investment from overseas investors to finance new development projects and create / retain jobs for US workers.  However the EB-5 program is slated to expire on December 11th and if Congress does not act to reauthorize, this powerful tool for economic development will not be available to drive job creation in 2016.

Summary of Industry-Supported Reforms to the EB-5 Program 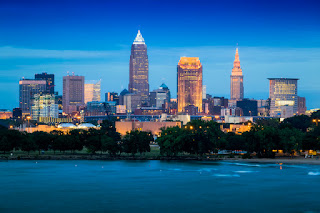 The EB-5 immigrant investor program administered by the USCIS is – for the second time this year – in need of congressional reauthorization in order to continue to operate. Over the past 5 years, CiF has used the EB-5 program to raise $220 million for job creating, catalytic investment projects in the Greater Cleveland area. However, if Congress does not renew the program on or before December 11, 2015, the EB-5 program will lapse and CiF will no longer be able to attract foreign investment capital to the area using EB-5.
Read more »
Posted by Cleveland International Fund at 10:58 AM 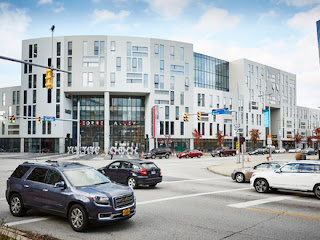 The Uptown Expansion Project is CiF’s fourth EB-5 project and the second development in Cleveland’s University Circle neighborhood to receive EB-5 funding (CiF also issued an EB-5 loan to University Hospitals that partially financed construction of the Seidman Cancer Center in University Circle.) Developed by local real estate company MRN Ltd., the Uptown Expansion is a mixed-use project located on corner of Euclid Avenue and Ford Drive and builds off of the initial Uptown development.

The first Uptown development saw the construction of two three-story buildings, each divided into market-rate apartments on the top floors and retail space on the ground floor. The Uptown expansion mimics this layout, placing living space on the upper floors and retail space on the ground floor of a single, six-story building. The expansion is located just south of the original Uptown project site, situated across Euclid Avenue from Cleveland’s new Museum of Contemporary Art (MoCA) and a block southeast of the Cleveland Institute of Art (CIA) main campus.

The Westin Downtown Cleveland: Why EB-5? 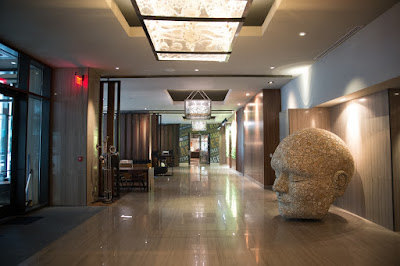 The newly opened Westin Downtown Cleveland was built via a collaboration between private developers and CiF using capital from EB-5 investors. CiF was pleased to have been a lender to the project since, without EB-5 financing, the project would not have moved forward.

In its previous life, the building on the northeast corner of East 6th Street and St. Clair Avenue operated as a Crowne Plaza hotel. But years of neglect and mismanagement left the building in dire need of rehabilitation; windows and plumbing leaked, air conditioning was not reliable, and some guest rooms were simply locked shut and forgotten about as the cost of repair was deemed too high. Ultimately, the Crowne Plaza closed and it seemed the most likely future for the building was to become another empty tower in Cleveland. To make matters worse, the dilapidated former hotel was in a very visible section of downtown, only a block away from the construction site of the new Cleveland Convention Center.
Read more »
Posted by Cleveland International Fund at 10:26 AM

Cleveland International Fund
Cleveland, Ohio, United States
Cleveland International Fund (CiF) is a private equity fund that finances local, job-creating projects by raising investment funds from around the globe. Operating under a US government program known as EB-5, we offer our foreign investors and their families an expedited path to permanent US Residency. We also fulfill a mission of financing job-creating projects that spur economic development in our community.

This material is not an offer or solicitation to invest in any security, does not form part of any existing or future solicitation or offering, and is provided for general information purposes only and not as immigration, investment or tax advice. Security offerings, if any, will only be made pursuant to exemptions from registration requirements set out in applicable securities laws. The content hereof is qualified in its entirety by any offering memorandum and related operating agreement that may exist now or in the future.